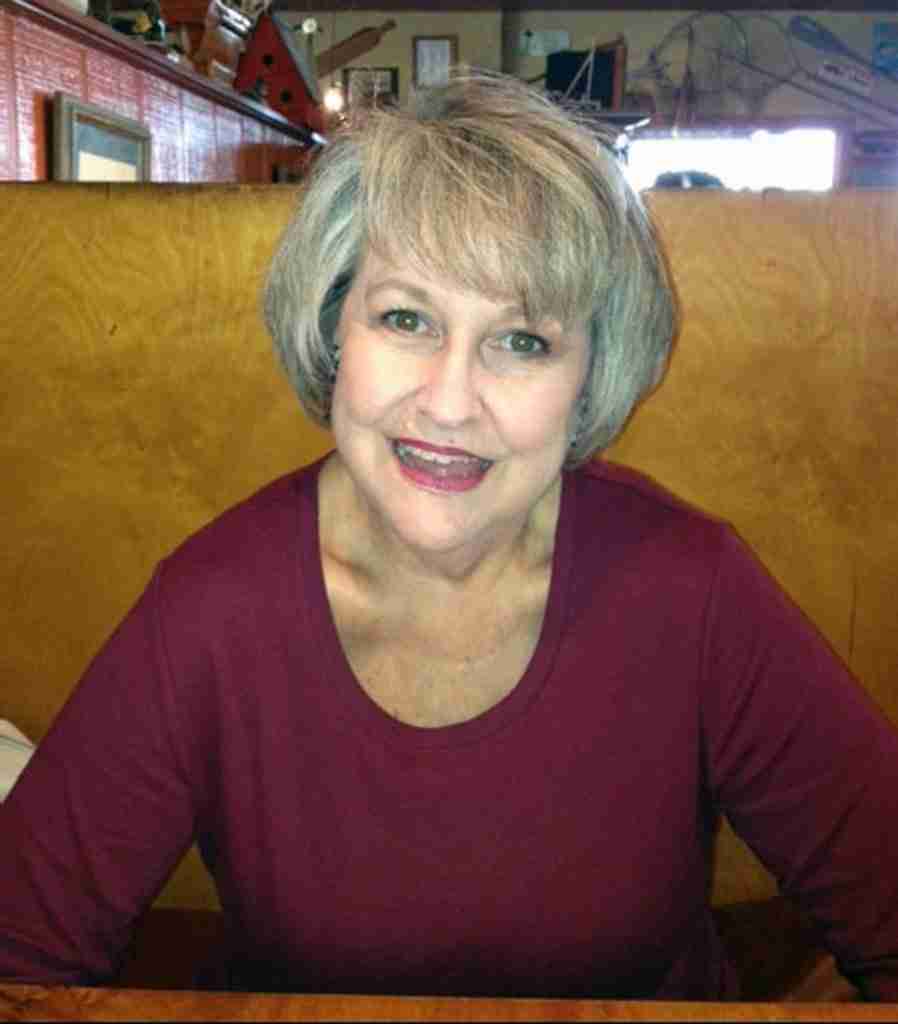 Today I get to introduce you to the last member of this delightful triad of authors. Although, really, you've already met her in the introduction. Bonnie's personality sparkles on the page in every bit of writing she does. I'm almost sad to finish these interviews, because I've enjoyed reading even the emails this woman writes. I'll let her introduce herself.

Bonnie: I am a journalist and former freelance columnist for Stars and Stripes newspaper in Europe. I’ve won national writing awards for fiction and narrative non-fiction. I am also a licensed Lay Eucharistic Minister in the Episcopal Church.

I met my co-author, Bob Vale, in an online military forum. We have been writing together professionally for over a decade, sharing by-lines on opinion-editorial columns for city newspapers. “Your Gift to Me” (Think: “Top Gun” meets “Steel Magnolias”) is our debut novel.

I am married to retired Air Force Colonel Tom Latino.

Deleyna: Tell us about your road to publication? Why did you choose to go indie?

Bonnie: I never expected to have to self-publish. We had a darling literary agent, Tris Coburn, who had been Clive Cussler’s (among others) at Simon and Schuster before starting his literary agency several years ago.

Ultimately, I believe “Your Gift to Me” was too pro-military, too patriotic, and too spiritual for traditional publishing, but too liberal for Christian publishers.

Deleyna: I can see that it didn't fit into a traditional mold. It is a wonderful book, one of the reasons I say this indie movement is so wonderful for readers.

Why did you choose to go with Amazon Select?

Bonnie: In 2010, the vertebrae in my neck collapsed, crushing the nerves in my right arm. I had neurosurgery and couldn’t hold anything heavier than a paper plate for three weeks. I had always been a BOOK person. No eReader for me--ever! However, using a Kindle during my recovery, I experienced the total seduction of the medium. There is also a lot to be said for instant gratification especially for those who live in small towns with no bookstores.

After studying everything I could find on POD publishing and reading lots of eBooks on the topic, I had come to the conclusion that going with Amazon, and Amazon-KDP Select in particular, made sense for “Your Gift to Me.” Forget the cliché elephant in the room -- Amazon is a pride of lions -- verrry smart, perceptive lions who are King of the Jungle that is contemporary publishing. I don't see that changing anytime soon.

Around the same time, I read a blog post in which Phyllis Zimbler Miller had come to the same conclusion. What she said made sense and reinforced my belief that going with Amazon KDP-Select was right for “Your Gift to Me.”

Deleyna: You’ve been having some success of late. Your book has been Amazon’s Top Rated #1 in War Fiction, Contemporary Romance and Romance for months. It also won a 2012 Gold Medal Award from the Military Writers Society of America. What do you attribute this success to OTHER than that it is simply a wonderful book (which it is)?

Bonnie: In the spirit of fair disclosure, last week we slipped to #2 in Top Rated Romance -- and thank you very much! My guess is a big part of the initial success has been because “Your Gift to Me” appeals to both genders, readers who want entertainment and substance in their leisure reading. Although it’s a military-themed novel, it appeals to many civilian readers. I think being extremely active on social media for three years before publication was key. We also gave away a Kindle Fire to promote our launch the eBook free day on Amazon on July 4.

As the (free) download ticker kept clicking that day, I saw Amazon’s raw power to very quickly get a book into the hands of readers who would otherwise never have heard of “Your Gift to Me” and who would hopefully generate positive word of mouth buzz. We’ve also given away a lot of books to media, print and electronic. We also sent copies of the book to authors and experts who were generous enough to give our book a cover endorsement. I am a firm believer that writers must show gratitude to those who have provided support. I write snail mail notes to almost everyone who has reviewed “Your Gift to Me” for newspapers and websites. I try to comment on every Amazon review, whether or not it’s a five-star. Finally, we made time to enter book award contests—filling out endless paperwork, mailing books, and paying fees. Unless we enter, none of us can win!

Deleyna: You've put a lot of work into marketing. I have to admit, I hadn't anticipated enjoying military fiction as much as I

enjoyed the books you three have written. You've converted me to the genre.

You took working together to a new level by working with a co-author. I was impressed because your book has a consistent author’s voice throughout, despite having been written by two authors.

Bonnie: Bob and I worked hard to construct a strong story. Then, with his blessings, I did the final edit on each sentence to insure our manuscript didn’t read as schizophrenic. Ironically, Bob wrote much of the lyrical aspects; I wrote most of the hard-charging military scenes. Bob writes because he can—and I think he’s the finest writer I know. He’s also much quicker than I. However, I write because I am compelled—I think that’s why Kathy, Phyllis, and I get along so well, we are all driven to write.

Deleyna: I once heard Thomas Kinkaid say that if you could do anything other than art, you should, because a true artist can't.

You’ve used Hawaii as a luscious backdrop, including the scenery as a character in many ways. Have you lived in Hawaii? Was this a conscious choice or one that just felt right?

Bonnie: My husband was stationed at Hickam Air Force Base near Honolulu when Bob and I began writing “Your Gift to Me.” (Bob was in New Jersey.)

Hawaii was the natural choice for this type of story. It is a healing place for those who are open to the spirit. It’s sensual; it’s seductive, but it’s also close to sacred for those who allow themselves to see beyond the sheer beauty of place.

Deleyna: That's it. That's where I'm going for vacation this year. (grin) Is there anything else you’d like to say about your book?

Bonnie: Yes, please. Bob Vale and his wife Janice have been married for nearly 35 years. Tom and I have been married even longer. Had either Janice or Tom said, “You’re not going to write a book with someone you met online,” this novel would never have happened. Janice Vale and Tom Latino not only support our unique writing partnership, they are the thermal updrafts that lift our flight of words. “Your Gift to Me” is dedicated to them.

Deleyna: What’s your favorite book ever?

Bonnie: “In the Sanctuary of Outcasts” by Neil White.

Deleyna: You do realize that I'm now going to have to go and read that book, right?

Here's the teaser for Bonnie's book.

"Your Gift to Me" shares the same subtle, but central, theme of the healing powers of love and laughter to triumph over grief found in "Top Gun" and "Steel Magnolias." Set primarily in Hawaii, the novel will appeal to men and women who require entertainment and substance in their leisure reading. "Your Gift to Me" won a 2012 Gold Medal Award from the Military Writers Society of America.

Nearly ten years after Emily Ann Meade's husband died in a fiery Special Operations helicopter crash in the Gulf War, grief continues to follow her like a second skin shadow. Still single and emotionally guarded, she clings to her vow never to get involved with another man committed to a dangerous profession ... until she meets charismatic F-16 Viper pilot, Colonel Ted Foley. Although she is attracted to Ted, he is assigned to a fighter wing in Japan that has recently lost two pilots in unexplained air crashes.

Ted finds the elusive Emily to be like smoke--smoke that surrounds and envelopes him, but that he can't quite grasp. He is intrigued by the first woman who has made him feel alive since his wife died of breast cancer.

Allowing her mind to wander through fields of dreams on which she can't afford the emotional mortgage, Emily lowers her barriers and discovers Ted's greatest virtue: he makes the ordinary feel sublime. Healing in shared confidences solidifies their relationship.

As Emily becomes the vivacious woman she was before her husband's death devastated her spirit, her worst fear resurfaces. Ted's squadron suffers a third mysterious F-16 crash. Terrified that his life could be in danger, and she will be left to suffer the emotional consequences, she pushes him away . . . again. Their relationship shatters.

Emily must find a path through her emotional minefields or risk never discovering that she is rejecting the only type of man to whom she is genuinely attracted, a man who leads by example and from the front -- and that man's life could be in danger!

Ultimately Ted and Emily discover that grief, like joy, is finite, but love is infinite.

An update: "Your Gift to Me" has just won a silver medal for Inspirational Fiction in the Stars and Flags Book Awards at Branson, Mo's annual Veterans Week.

On their Amazon KDP-Select Free Day on November 11, the triad did fantastic. Their books ranked #2, #3 and #5 in Bestseller Free - War Fiction. Phyllis ranked #1 in Jewish Fiction/Literature. YGTM ranked in both Romance and Contemporary Romance, Genre Fiction and Fiction/War. All three books transitioned to Amazon's Best Seller list the next day.